Return Of The King - A Review

Who the hell would want to sit for 3 hours and 20 minutes in the same place watching the same film? Well, me. And so will the majority of the thousands that will flock to cinemas to watch the final installment of Peter Jackson's Lord of the Rings spectacular.

In Return of the King we catch up once again with Frodo (Elijah Wood) and the ever faithful Sam (Sean Astin) on their mission to destroy the One Ring and rid Middle Earth of evil for ever, and being led by the fantastic creature Gollum (Andy Serkis.) 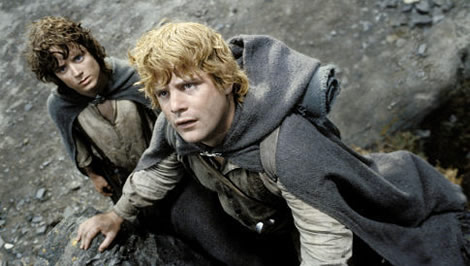 It's ever so difficult to know where to start. What words could I possibly put down that could do this film justice. Unfortunately I have neither the time nor the intelligence to explain. But I will say this, the Lord of the Rings is by far the best trilogy to ever grace a cinema or television screen, and I have serious doubts anybody will ever come close to it in the future.

ROTK also follows the rightful king of Gondor, Aragorn (Viggo Mortensen), who must construct an army to defeat the imminent onslaught of orks and trolls and the rest of Sauron's hordes in the battle for Minas Tirith. The scenes in this battle are simply superb. It's easy to take them for granted, what with the brilliant acting from virtually every cast member grabbing and holding your attention, Ian McKellan as the white wizard Gandalf, John Rhys-Davies as the humourous Gimli and Elijah Wood excellently executing the transformation from once happy go lucky shire hobbit to a being possessed with the seed of evil growing deep in his soul and increasingly weighing him down, to name just a few. 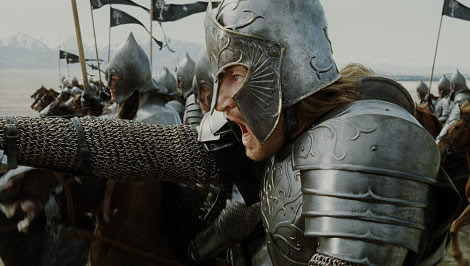 A whole new standard of filmmaking has now been set, finished and rubber stamped.

Catapulting the heads of the dead

There's so much to try to remember and talk about in ROTK, I could go on for ever and still probably miss out something which is extremely significant and breath taking. Like the charging of the gigantic Ohliphaunts, taking out dozens of soldiers with one swoop of their huge deadly tusks. Or the encounter with the flying dragon like fell-beast. Or the horror and fear in the army's faces as Sauron's masses catapult the heads of killed allies over the walls of Minas Tirith. Or the very funny moment when Gandalf has had enough of the Steward of Gondor and batters him with his staff. Or the sheer coolness as the army of the dead come to Aragorn's aid to release themselves from a long cast spell. Couple these with the moving performance by Sean Astin as Samwise Gamgee when Frodo leaves him to his own devices on the steps leading up to the cave and the majesty when Gandalf rides out to protect Faramir and his riders from the huge winged creatures and you've got yourself an unparalleled, undisputable masterpiece that stays with you long after you pull out of the car park.

It seems impossible to fathom where anybody of any intelligence would even begin to make a film like this. It bewilders me. You will sit there and, after you've picked your jaw out of your popcorn, ask yourself how that was possible. I strongly believe ROTK is the best of the three. It combines everything that was good from The Fellowship and Two Towers into one awe-inspiring perfectly adapted albeit long movie experience. It needs to be long though, you won't want it to end. 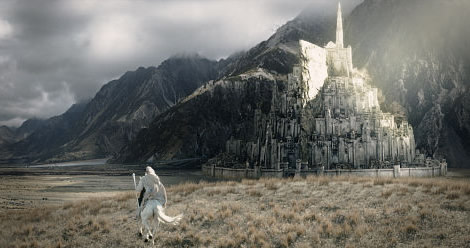 There does seem to be about 27 endings. The screen fades and you get ready to stand up and suddenly it cuts back and there's another 5 minutes. It must've been difficult to stay true to J.R.R. Tolkien's book but there's no doubt in anybody's mind Jackson did a good job. Tolkien would be very proud. I still don't believe the scale of this trilogy has sunk in. In a good few years time my grandchildren will come to me and say 'Granddad, have you seen Peter Jackson's Lord of the Rings trilogy?' and, though I might not have my own teeth and I have to piss into a bag, I'll be able to say 'Yes, lad, I was there when they first came out, at the cinema for all three, and I loved every minute.'